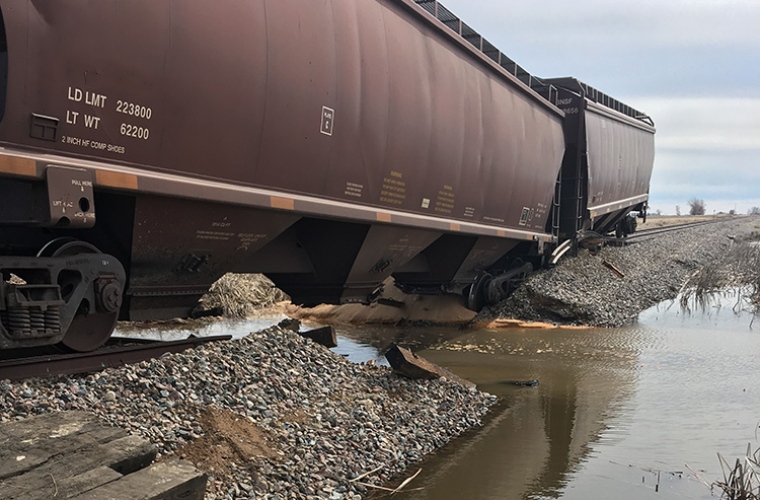 Two railcars derailed in Bisbee, North Dakota on April 3, 2017 due to a track washout, and the railcars became submerged in a swamp that was nearby. R. J. Corman Railroad Services was contacted when the emergency occurred, and the Billings and Fargo Divisions of Railroad Services were sent in to help. In order to get to the derailment site, the crew had to build an access road in the swamp for the equipment to reach the derailed cars and to keep from sinking into the swamp themselves. An excavator dumped rock along a path, and riprap was placed for support with swamp mats on top. Then, they reinforced the structure of the track and repaired the washout. Finally, they lifted the derailed cars out of the swamp and re-railed them. The two divisions were able to accomplish this large task and restore service to the mainline within days of the incident. 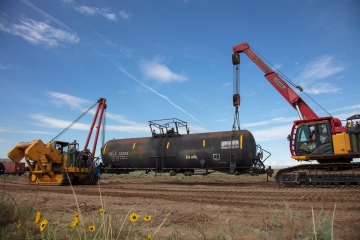